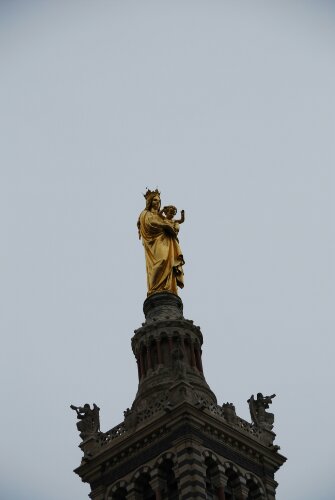 We are really into it now. Seven stops so far. Marseilles a rather drab city not helped by the lack of sunshine on the day. There was the obligatory cathedral with the Madonna and “kid” as described by the guide. We caught a little train for €8 a head,good value. Starbucks is everywhere but worth a visit on account of the free WiFi. Got hassled by beggar inside but nothing else.
Lots of shops bought a couple of shirts and watches. Otherwise this isn’t really a tourist town. The ship ran bus tours inland for a taste of Provence we saved our money. We did find a museum featuring the remains of a first century Roman harbour. It came to light during WW 2 after sustained bombing by the Germans. Pity that it was all in French and no English translation, merde.