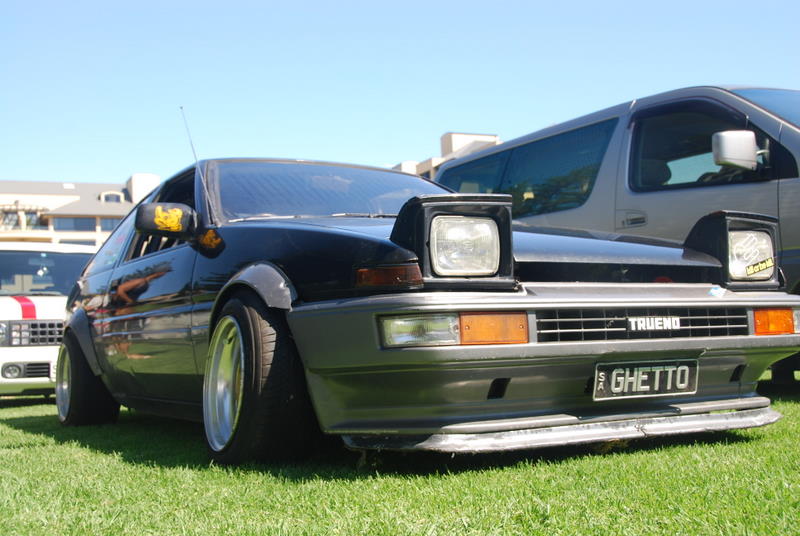 Yesterday there was a gathering of Japanese cars at Wrigley Reserve in Glenelg. There were both old and new Japanese motor vehicles of all sorts. From the rare and exotic GT 2000 through to old bluebirds and the inevitable collection of four-cylinder turbocharged cars. It was a great turnout on what was a truly lovely sunny Adelaide day. The day certainly flies in the face of what is now the popular perception of young boys or indeed men with fast cars. It was quiet and good-natured day no wheelies or burnouts or impromptu drag races in the surrounding streets. Instead the evidence of lots of money is lavished on these cars. Many of the vehicles had crowds of young men about them all discussing what had been done to the cars will be used for and what the net purchases going to be. And of course the younger wannabes looking at hoping that they too will one day be able to wheel vehicle out on this reserve.

A series of photographs from the day can be seen at this link. Lots of old Datsun 1600‘s were on the reserve featuring more advanced engines that were available when they were made. The other interesting observation about this is the range of models that is the available in Japan that never saw the light of day in Australia. This of course explains the quite strong market in the so-called grey imports. These cars are imported on an individual basis.

By all accounts the show is much bigger than the one that was held last year so I can only say that this scene is alive and well and will be bigger next year.